Hello,
first, sorry for the long break. I wanted to post this last week, but then I had some trouble with my laptop and so it took a lot longer to get this one done than I wanted.

With a new DBA tournament coming up in early December Inow  started to build my 10mm Norman army.
Because my Normans are 10mm I am going to double base everything (i.e. use 6 miniatures on a 3Kn element) which I think is a great way to make the army even more impressive.

With what I have I can easily make enough elements to play Western Franks / Normans as well as Eastern Franks.

The spearmen line up very nicely into a solid block:

As do the bowmen:

These are two element of psiloi with crossbows (I fixed the "upright" weapons by now and removed the surplus metal bits):

But of course the main bulk of the army are the knights:

I had to cut the bases myself because I only got 40x20 bases. Front right is a base of camp followers.
Talking about the camp, I also started to build a Norman wwatchtower/keep: 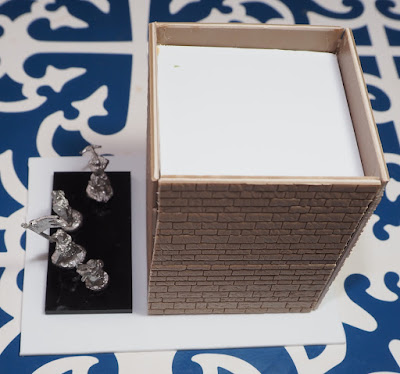 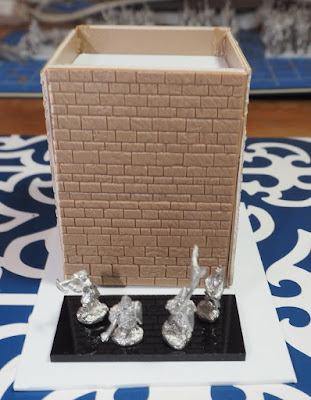 I'll add some windows and a gate made out of plastic card.

Most of the bases still need to be done, and of course there is the small issue of painting the 107 miniatures in the army... Well, at least I've started already ;) 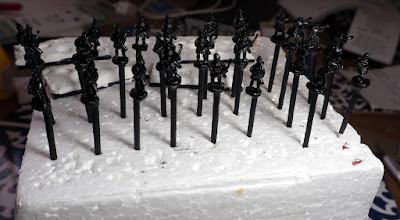 I also did some work on the 15mm SciFi vehicles I showed a couple of weeks before. Hopefully I'll be able to post some pictures soon!
Posted by Tabletop Fix at 9:12 PM No comments:

Anarchy from the UK

So, time for a new post. Real life got in the way of my hobby time a lot recently, and I started to work on a german version of the Afterlife rules, so I am just going to show some new hobby material that arrived at my doorstep: Stencils from Anarchy Models 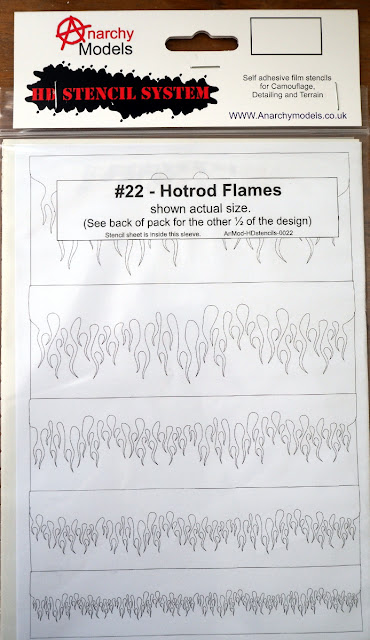 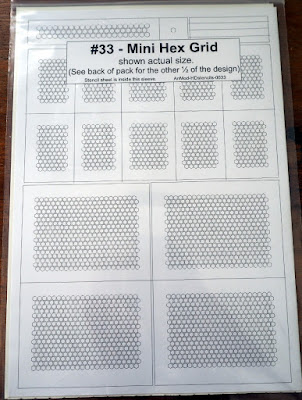 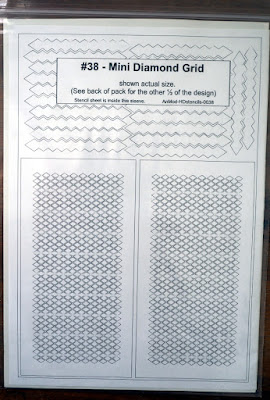 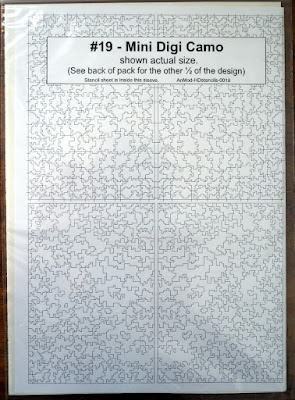 They are designed to be used with an airbrush (which I don't own) but I am pretty confident that they will work with Tamiya spray cans. I'll use the digital camo on the 15mm miniatures for the display I was talking about before.

The material is vinyl, which makes them quite adhesive by themselves, and there is a lot of stencils on each sheet. They are supposed to be reusable, but I don't think that will work out if I use a spray can. Here is a picture of the actual diamond grid sheet: 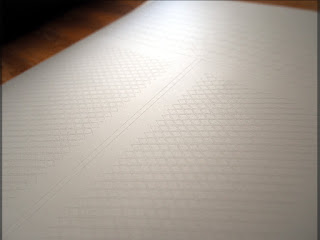 The stencils above are all from the HD series. There is also a HS series which has thicker, less flexible material. That makes them easier to clean and to last longer: 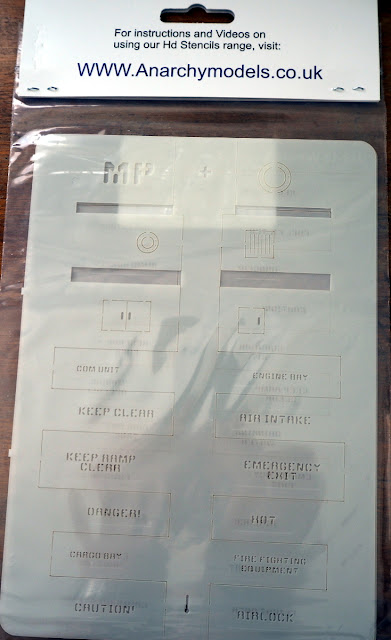 In other news, a friend of mine who's running his own painting studio outsourced some basic work to me, so I have to take care of a bunch of Sigmarines this week: 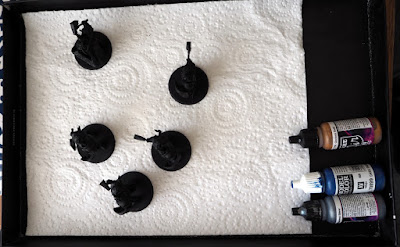 Posted by Tabletop Fix at 6:31 PM No comments: