Aloha,
After a couple of hours of Ghost Recon Wildlands I am ready to share my first impressions.

For those with little time: This is much more Far Cry 5 than Ghost Recon.

Don't get me wrong, it is a decent game and fun so far, but it is not a Tactical Shooter. The gameplay is very much like Far Cry 4, with some good new additions I'll mention later.
But enemies and missions feel sadly familiar. 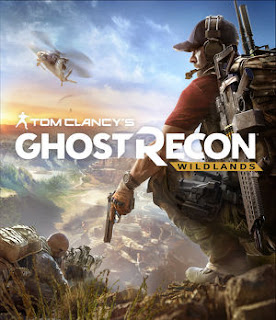 My biggest worries so far:

- The story seems to be non-existent. Yes, there is a lot of lore about the cartel, but I don't expect any depth or even surprises during the game. This is not telling a story.

- For god's sake, if I am supposed to be the best of the best on a black ops, don't drop me in a foreign country with nothing but a MP5! That's right - you start with 1 (!) weapon load-out, and you have to unlocked everything else. Including the customization parts. You get a sniper rifle after the first mission, but still... Not cool.

- Talking about sniper rifles - if I put a bullet from a  dedicated sniper rifle in your face, I expect you to drop. But some enemy heavies take to high-powered shots. Tactical shooter? Yeah, sure...

- Side missions are do-or-die. If you mess one up, there is no second chance. That's fine, but if the mission is "shut down this antenna" don't throw a " now shut down the second antenna that was never mentioned before 1 klick away within 90 seconds" at me.

- While I can see that this game will be heaps of fun with a group of people you know, the single-player is sometimes frustrating. Your team is usually better left behind while you scout, and the very limited orders make them useless for any kind of stealth approach. There isn't even a "cover me"-command!

- Enemy AI is not very good, either. They don't care much about people being dropped within line of sight, but once they are alerted, they call for reinforcements. And there is close to no chance to stop them. Just Cause 3 gives you a couple of seconds to drop the guy with the radio, but here, no way. Then reinforcements show up exactly like they do in Far Cry, and that's it. I tried to escalate a fight, but reinforcements seem to be unable to call for more reinforcements. Weird...

- You can free imprisoned rebels in enemy bases, but all they do is grab a gun and start a firefight with the guards, blowing your stealth and get reinforcements being called. Yep, just the kind of " help" I need. *slowclap*

- Oh, and Bolivia has a helicopter density like an airshow - there must be well over 20 just in the province you are allowed to play...

So, what about the good stuff?

Well, if you look at it more as a military RPG, it is quite good. What I mean i, if you embrace the premise of being an operative deep in enemy territory, you can get that feeling.
Also, the addition of interrogations is pretty cool, and the Intel actually opens up different approaches to story missions (a grain of salt here - I have not checked if some Intel is mandatory to make story missions playable).
The world looks much better than I expected, and it feels pretty fitting. I am actually looking forward to seeing the other climate zones.
The beta gives you only a very tiny idea of what you can do to mess up cartel operations. There are 4 different "departments", and I am sure  if you put a lot of effort into going after supply, I hope that you can actually start an internal conflict within the cartel by going after production or public relations.

All in all, it is not what I hoped for, and much more what I expected. Nevertheless, I like it so far.
But I can't really see myself buying this over Mass Effect Andromeda.
Posted by Tabletop Fix at 4:37 PM 1 comment: