It has been a while again...

But I haven't been procrastinating - well, not all the time at least. I started to build up my terrain collection, especially pieces that will fit onto my desert table. For this I bought an oil derrick and two nodding donkeys from Fenris Games: 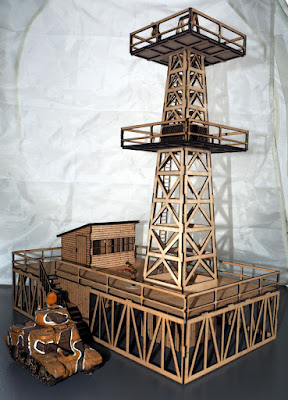 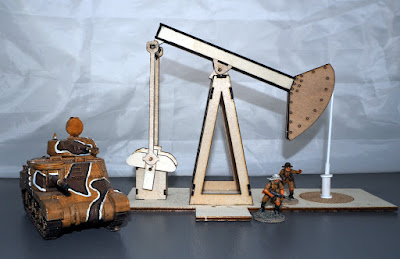 Very nice kits, both of them. Sadly, both nodding donkeys were missing several piece - i.e. the ladder sprue and some of the tubing. I tried to contact Fenris Games but to no avail... I don't know, it is kinda telling that both times exactly the same parts were missing - I would assume a rushed job. That;s a shame because otherwise it is a very cool and unique piece of terrain.

The derrick is better, complete and a very nice construction, but several of the sheets were not completely lasered which made assemble unnecessarily difficult: 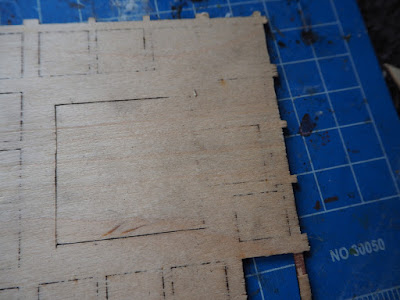 Yeah, so there was some disappointment, but once you have the finished pieces in front of you it's mostly forgotten and forgiven :)

I also built a storage tank out of a can and some bits: 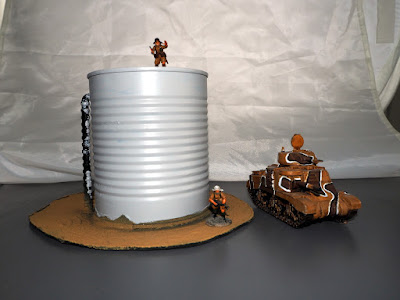 Now I need to paint everything and then I want to make some mine fields and barbed wire obstacles. Hopefully it won't take taht long again to show you new pics!
Posted by Tabletop Fix at 1:01 AM No comments: