I took advantage of Warlord Games' recent "Wheels of Steel" offer and god myself a new bunch of tanks. Sadly I ordered early and could only chose from the limited selection - bad move to open up to every plastic kit at the end... The only reason I got the M10 was because I needed to add a third kit, and I would be way happier with a Firefly. So next time I will think twice before ordering a special offer from them... 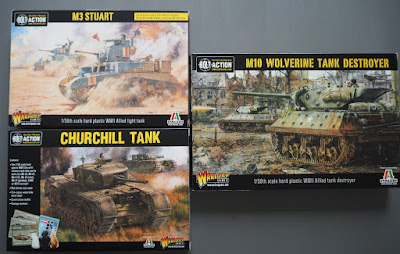 Anyway, I am not sure yet if I want to convert the M3 to a Satan for my upcoming USMC or a Stuart Recce for my Desert Brits. So today I'll just talk about the M10 and the Churchill.

First the tank destroyer. a pretty simple kit, but nevertheless they managed to mention parts in the instruction which are not on the frames... I assume a copy/paste error from the M36 kit? There are several other wrong numbers, too, so be careful. Nevertheless, quite embarrassing. 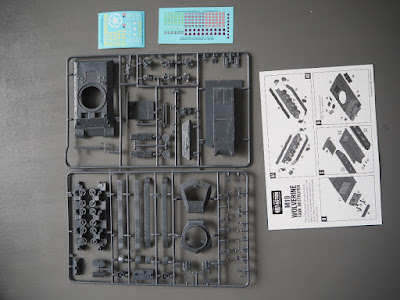 Overall, the instructions could do with some more sub-assemblies since it was not always clear what would be the best order to put things together. Details are good, but the contact area for the threads is pretty small which makes it quite a pain to get them on.
The only choice you'll have to make with this kit is if you want to use the American or the British crew. I actually had to look up if the M10 really had a 5 man crew - the turret is ridiculously crammed! 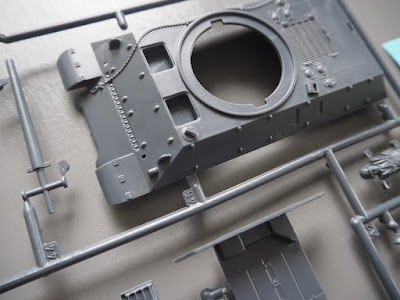 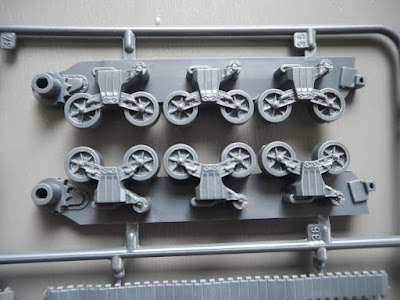 Anyway, the final result seems to be alright: 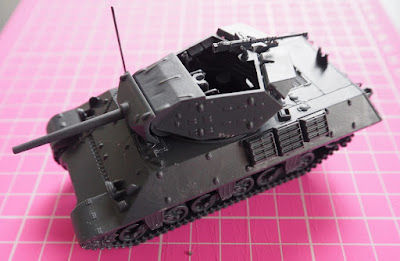 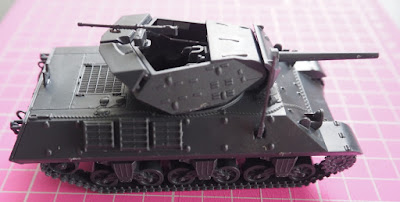 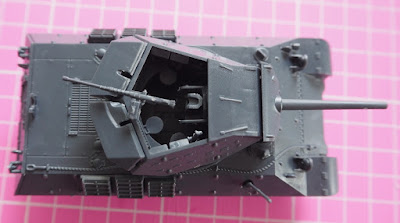 Color-wise I will go for this pattern from a British unit in Italy in 1944:

For the Churchill, I had the ambition to build it in a way that allows to field it in as many different configurations as possible, and I managed 5 - not bad!

The kit comes with a bunch of unit cards and material for damage markers. The cards are pretty much useless and I don't know if I will use the other stuff. 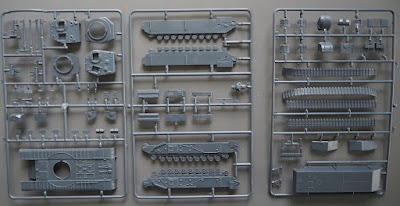 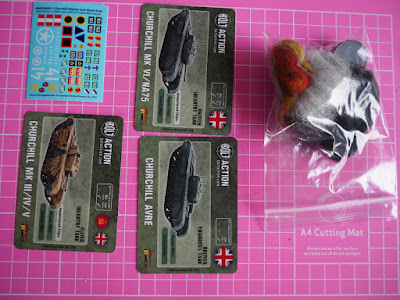 I went for the Mk III hull to make it suitable for King Force (also I now realize that those tanks should have the front guards on the tracks...), and build the turrets to be able to play Mk III, III CS, IV CS, AVRE and NA75: 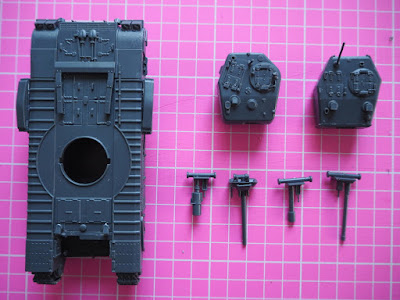 Sadly, the 6 pdr of the Mk III won't fit into the cast turret, so no Mk IV for me. 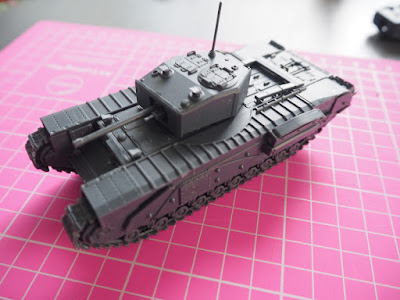 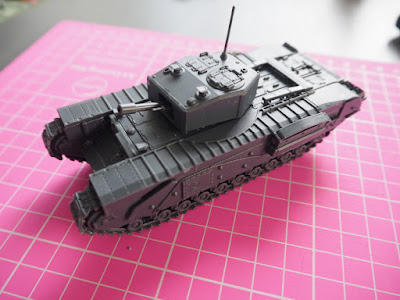 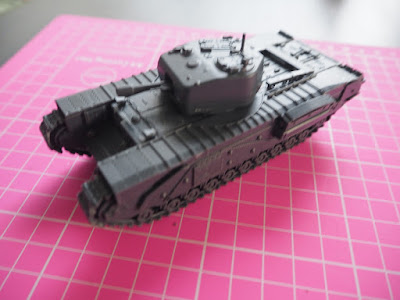 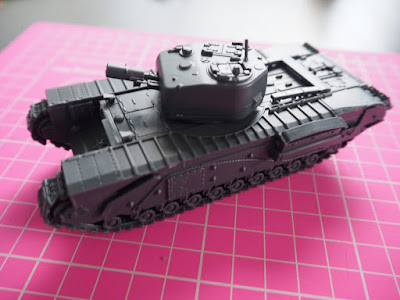 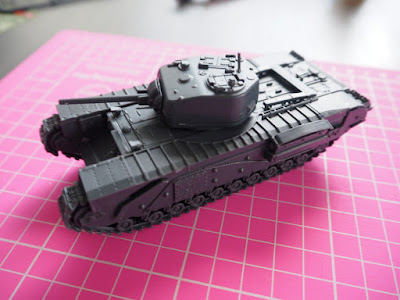 Since the kit only comes with 2 antennas, each turret is missing one. maybe I'll try to find some plastic rods to fix that. I also should build a straight-edge turret box for the Mk III, and add the one from the kit (with cut-off corners) to the cast turret.

This one will get painted in Kingforce colors, which is of course somewhat inappropriate for the AVRE and NA75 to say the least, but I don't really mind:

Here are some additional pics of the two: 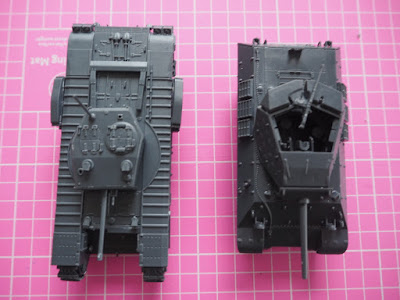 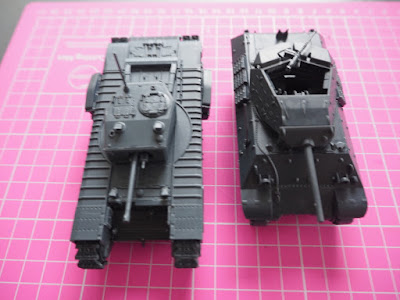 And because it is freaking awesome, I leave this here, too: